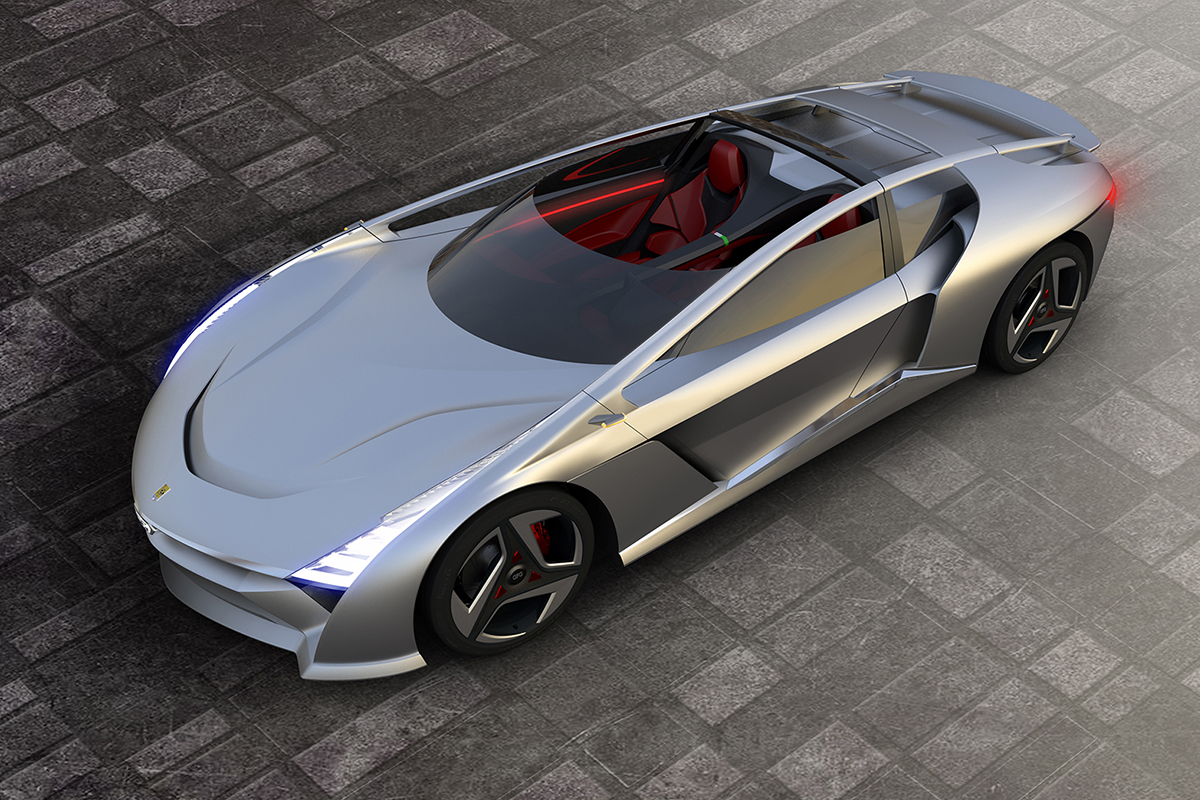 Vehicle launches evoke two emotions, one is deliberately contrived and the other is deeply personal.

There’s the initial feeling of surprise produced by the nature of the event itself; the drawn-out anticipation, a drumroll and then the dramatic sweeping back of the fabric to uncover the vehicle. The next emotional response is the private reaction we have after the fabric disappears and we take in the design for the first time. 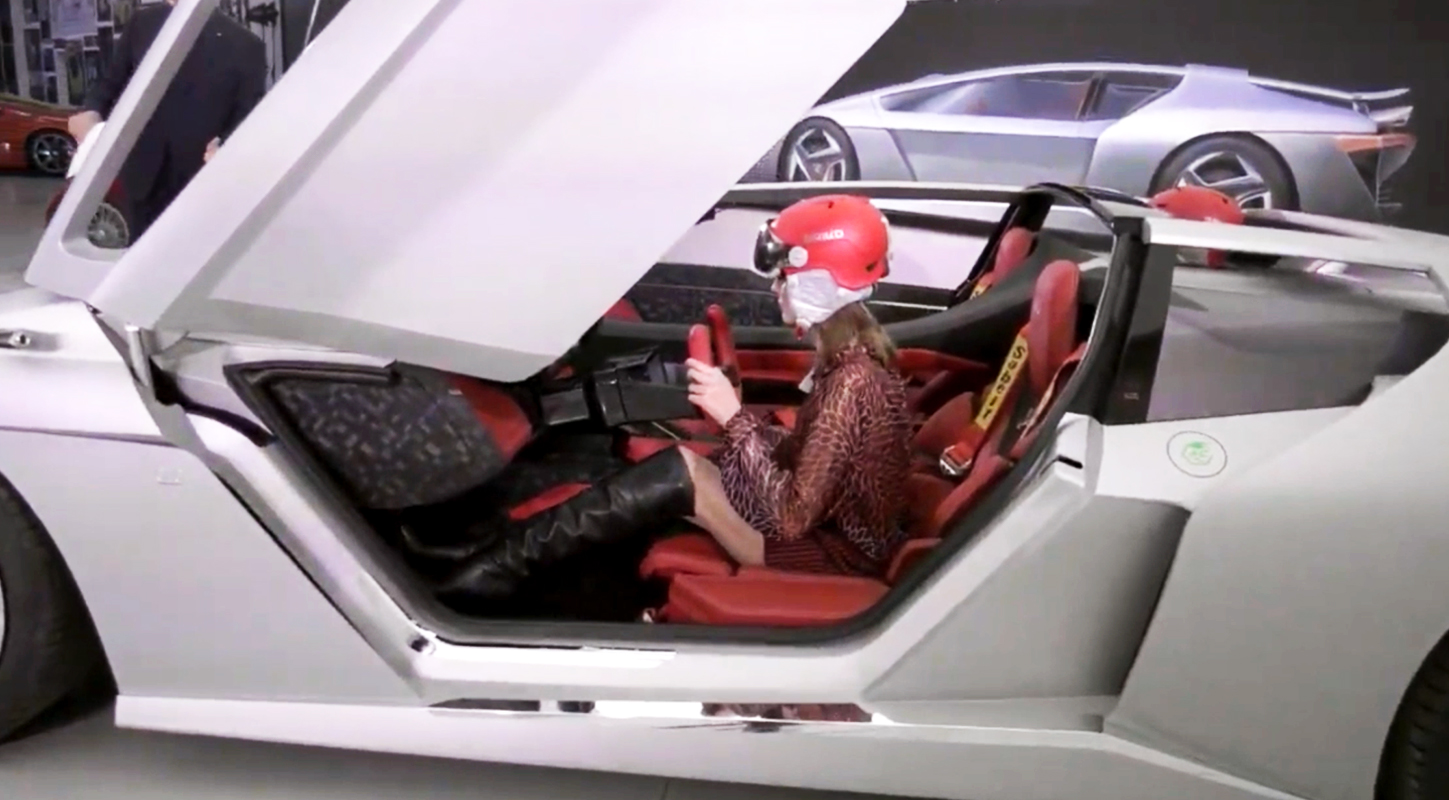 But when the Architexture team in Manchester, UK and in Milan, Italy watched the online reveal of the Bandini Dora Barchetta, they only felt one emotion – a proud sense of relief that their innovative project was finally in the public eye. 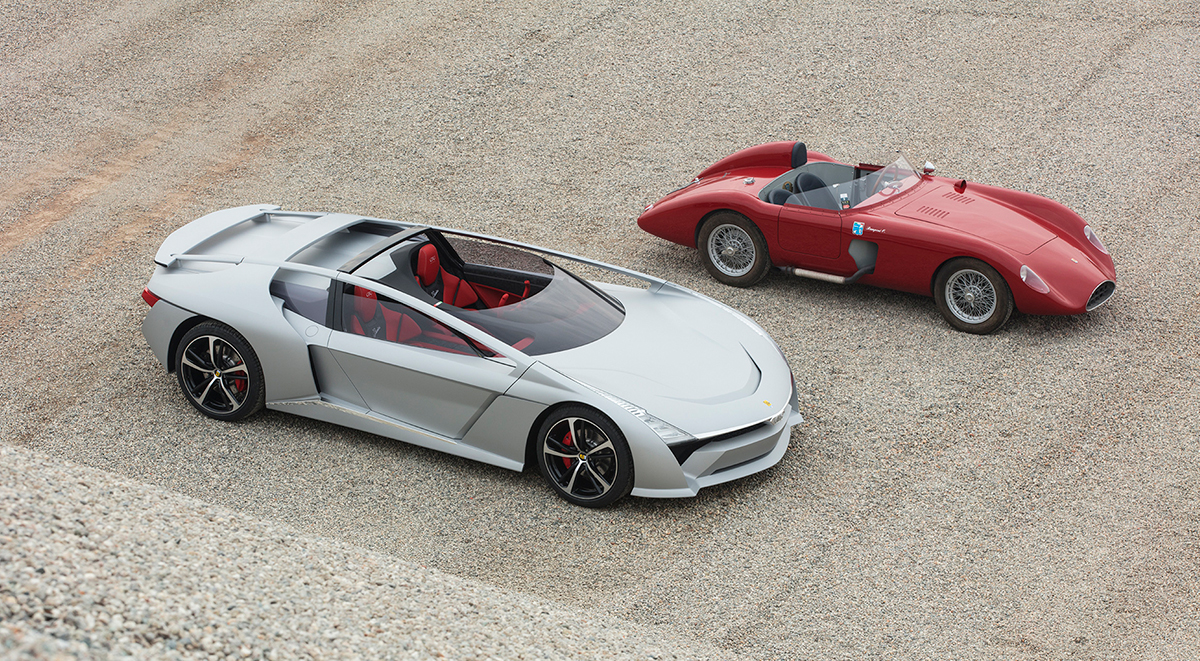 Architexture was approached several months ago by the world-renowned design house GFG Style, named for the father and son team of Giorgetto and Fabrizio Giugiaro in Turin, Italy. Combined, this family has created more than 300 standard production models and more than 200 prototypes for numerous international manufacturers. The duo’s latest project was a sportscar to relaunch the Bandini family brand, an Italian company that produced 75 race cars from 1946 until 1992.

GFG Style and the Architexture team sourced archetypal designs that they reinterpreted for this evocative vehicle, both inside and out. Giorgetto and Fabrizio reimagined a bold wedge-shaped design with exposed structural roll bars as a modern take on the quintessential 1950’s Bandini sports car. For the texture on the interior surfaces, our team was inspired by the work of Dutch painter Piet Mondrian, as a tribute to his revolutionary spirit. When combined, both designs feature strong linear elements that prove to complement each other. 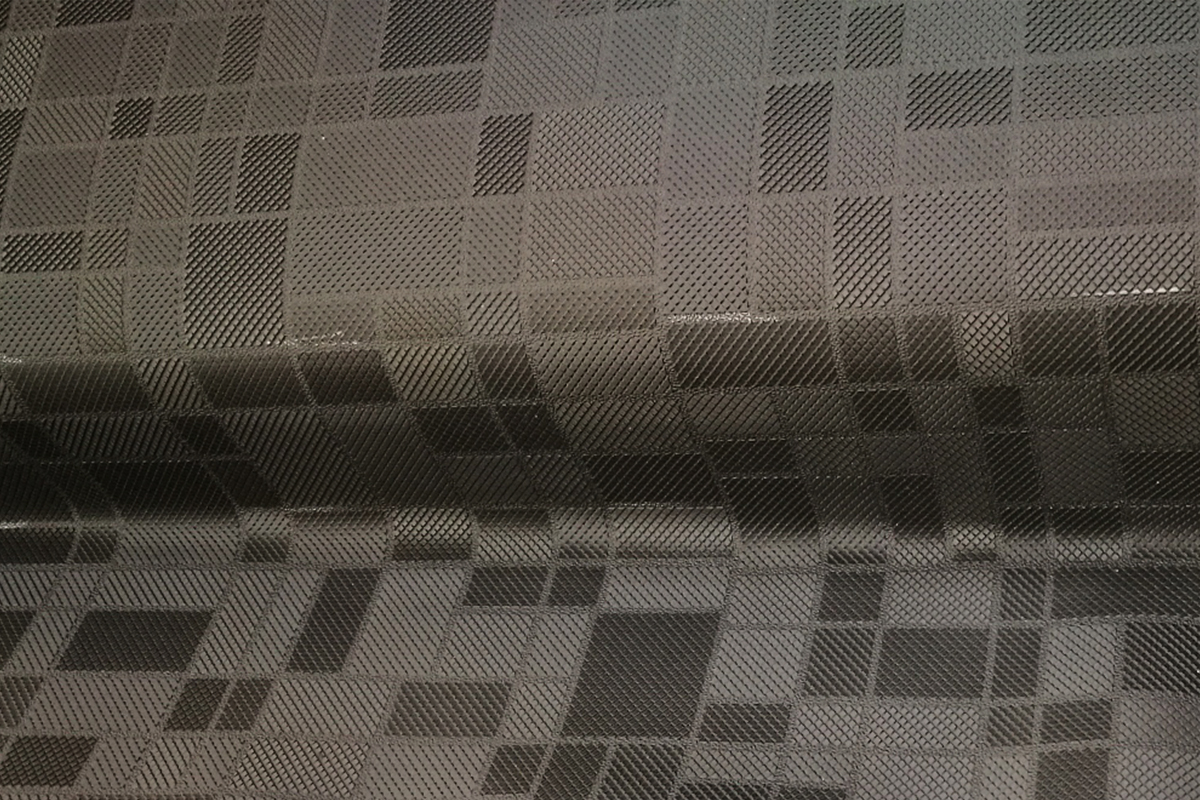 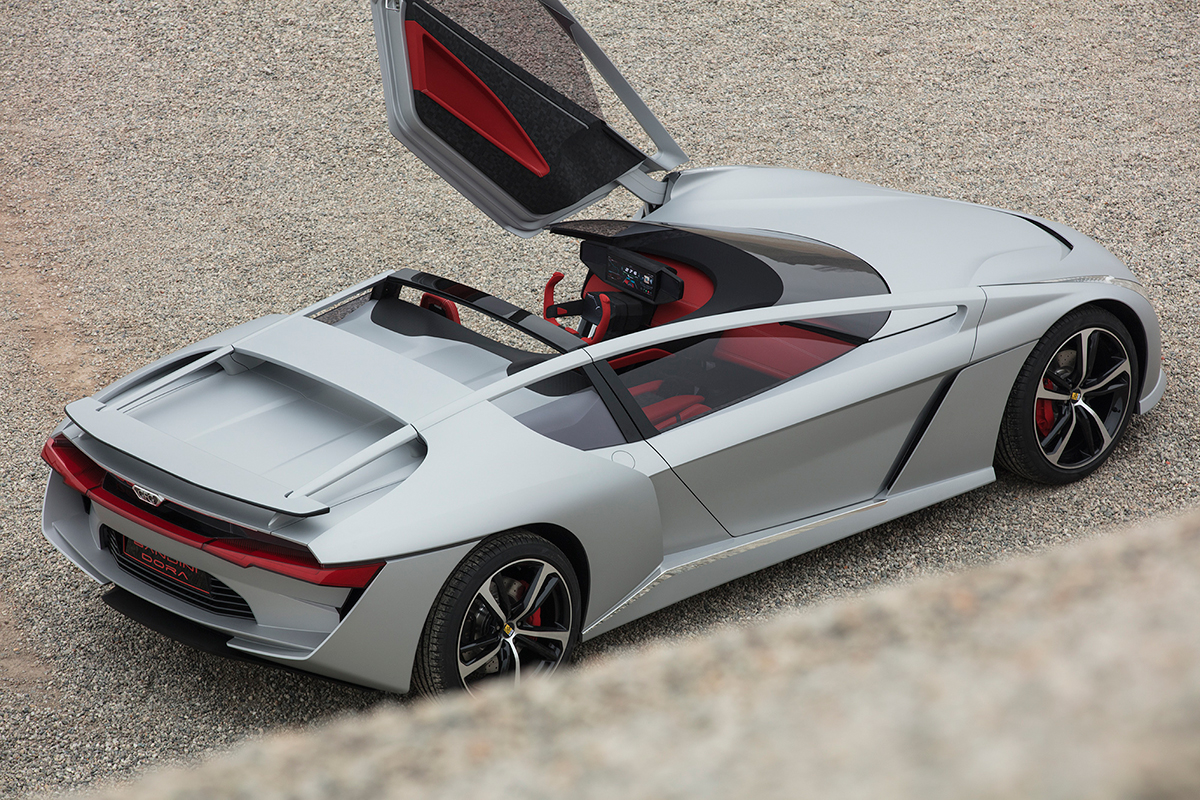 Mike Miller, Architexture’s head designer explains, “Mondrian’s grid-based artwork and ordered structure is comfortably familiar, considering it is one of the most recognized pieces of modern artwork. The harmony and rhythm of the pattern is an example of what is possible with the design expertise and proprietary technology we offer.”

Architexture uses Rapid Texture Prototyping (RTP), an ultra-high resolution 3D printing machine that produces bespoke designs that are then cast in a silicon mold to make textured Model-Tech® skins that can be wrapped on various prototypes without losing distortion or proportion. This was the process used on the Bandini Dora for the reveal event, and it is used for all the concept vehicles the team works on for shows, management reviews and product testing. 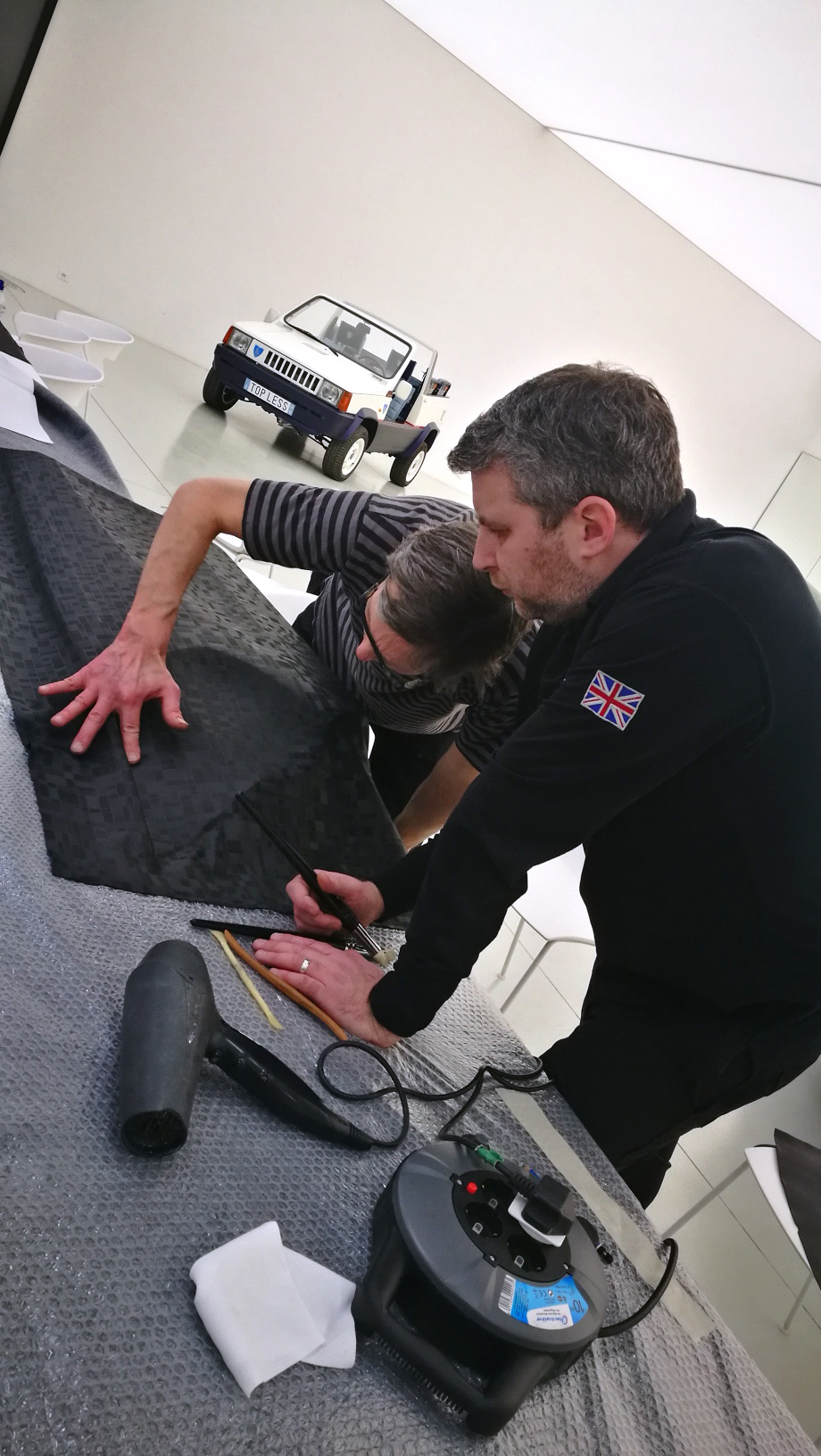 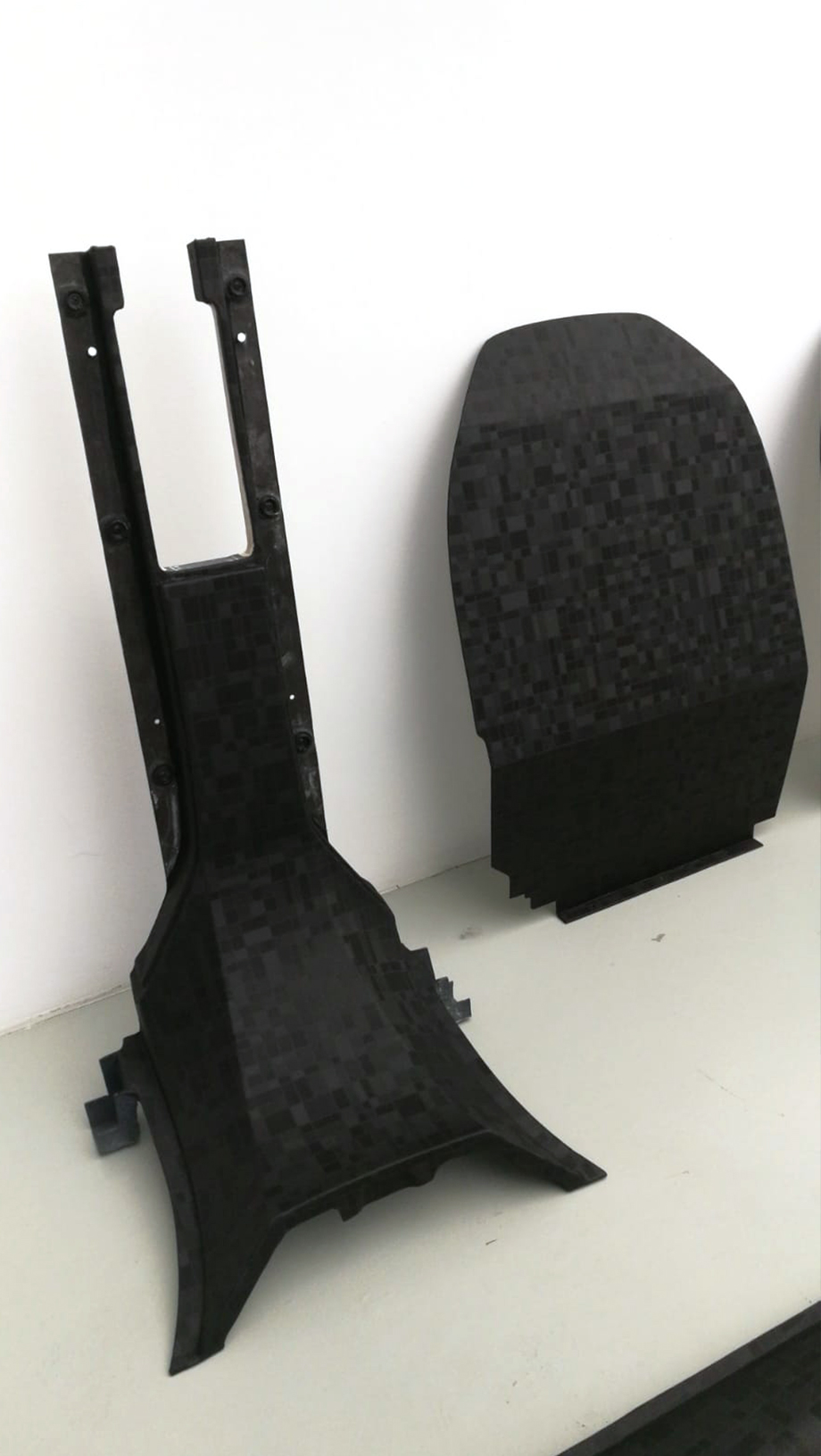 Although the Model-Tech® skins are a uniform flat black, when the camera panned over the interior of the Dora, the squares and rectangles came alive with highlights, an affect design-engineered into the texture to play with light. These reflective qualities are only used on surfaces that do not interfere with the driver’s view. A second texture on the instrument panel that extends as a structural piece between the driver and the passenger was designed to mimic carbon fiber. 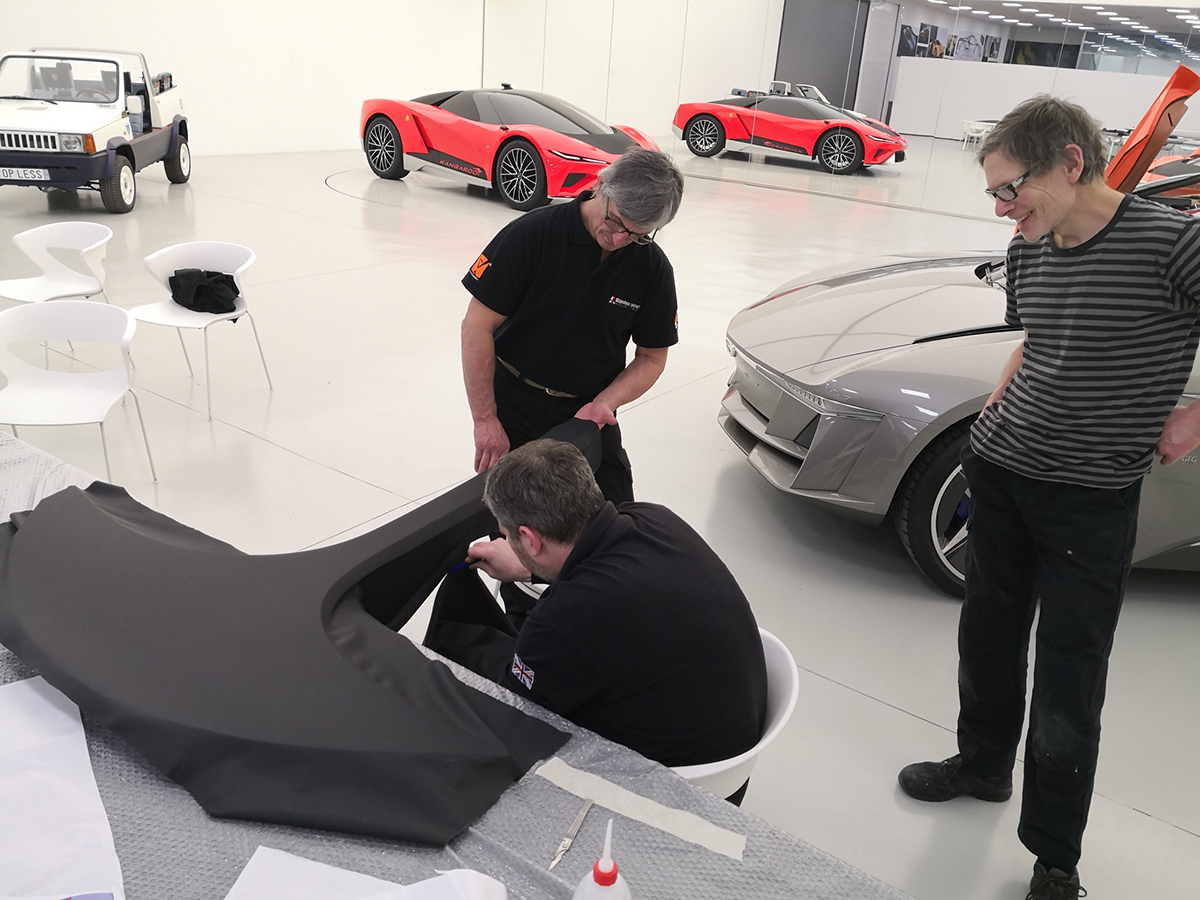 Architexture’s partnership with GFG Style on this iconic car demonstrates the infinite possibilities that are available to add beauty and function to surfaces, and even generate a spark of genuine surprise when the light catches on a thoughtful and artistically inspired design.